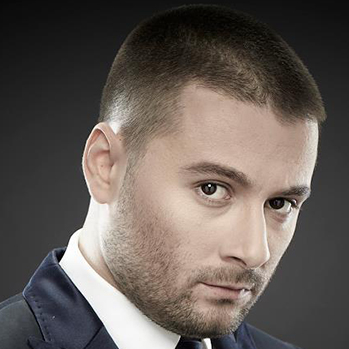 Ivo Yonchev is a professional Actor, BTL manager, Sales agent and Marketing specialist. Since 2004 he participates in commercials, TV series and theater productions, as parallel manages projects in the field of marketing, advertising and sales. Graduated New Bulgarian University in 2008 with specialty Acting for Theatre and Film Arts. In 2006 works in MM Television, where he received a course in cinematography. In 2008 receives a one-week training from the regional sales director of Lavazza Coffee. In 2012 he completed a professional course for work with DSLR cameras and digital software for photo processing. In 2014 completed training on Sales skills part of the Outstanding Customers Delight. In 2015 graduated a training for Business Analytics. His directorial debut is with the theater performance When the cat is gone, played four years. More popular acquires after his participation in the TV series Undercover in the role of Inspector Manolov from CDCOC.

Ivo Yonchev has not added any portfolio

Ivo Yonchev hasn't been endorsed yet