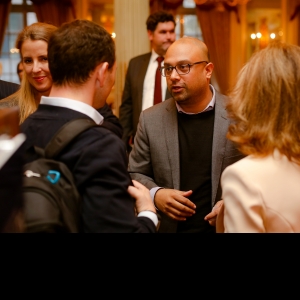 Prashant is a cognitive data scientist and digital entrepreneur with nearly 17 years of experience in data analytics, collective intelligence, high frequency finance and cognitive computing. As founder and CEO of MindFire, Prashant manages a trusted network of nearly 100 data scientists and developers that have emerged over a decade of collaborative problem solving. 'Collective intelligence' is the operational lever that underlies all of Prashant's ventures which have included a fully automated algorithmic trading firm and a financial technology company.

Prashant invented an award-winning fin-tech use case for IBM Watson that garnered significant attention. Prashant has been honored with a Beacon Award for Best New App. on Cloud by an Entrepreneur, has been named an IBM Cloud Champion as well as an IBM Wild Duck. Prashant was also featured in an IBM Watson TV ad and has keynoted several conferences around the world and has also appeared on CNBC and Silicon Angle's The Cube.

Prashant Bhuyan has not added any portfolio

Prashant Bhuyan hasn't been endorsed yet